To make packages redeemable on multiple servers, assign the same token for the servers in the integration plugin/addon configuration (while retaining unique tokens in Admin > Servers). 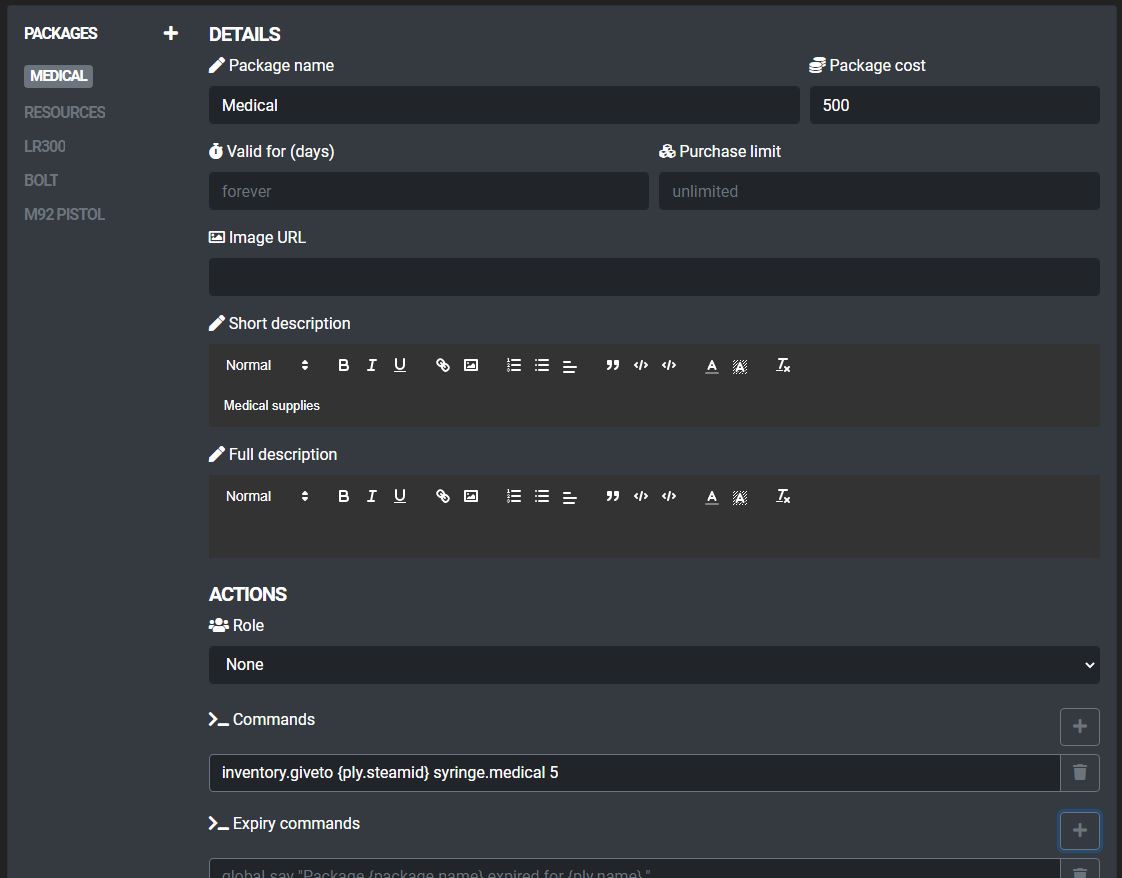 Below is a partial overview of the package actions available.

The store package configuration includes a field for custom Lua. Lua is the programming language used in Garry's Mod addons. General usage instructions can be found here.open in new window With custom Lua you can integrate Ember with other addons that aren't supported out of the box.

In the custom Lua editor you can access two predefined variables:

Console commands that will be run once on the server when the player first connects after purchase/expiry of the package. For example inventory.giveto {user.steamid} syringe.medical 5.

Any attribute of the StorePackagePurchase model instance may be included in the command within brackets {}. Subattributes can be accessed with the . operator. Examples: